Communication » NEWS » GII in the News. » Participants call on MPs to pass a credible RTI bill

Participants call on MPs to pass a credible RTI bill 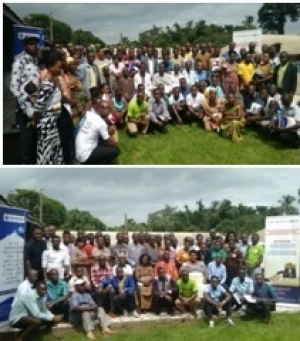 Bunso (E/R), June 27, GNA - Over 200 participants who took part in a district sensitization workshop on the Right to Information Bill (RTI) have called on Parliament to expedite action and pass a credible law, which will benefit the ordinary citizens of the country.

In a petition to Parliament, the participants urged Parliament to reconsider the blanket exemption for information held by public institutions, information from the Office of the President and information gathered to determine tax liability of people.

The participants were drawn from the East Akim and Fanteakwa North and South Districts as part of a community engagement to sensitize the citizens on the provisions of the RTI Bill.

The Programme Officer for Ghana Integrity Initiative (GII) and a member of Right to Information Action Campaign group, organizers of the programme, Mr Jacob Tetteh Ahuno explained that the sensitization became necessary because it was realized that most of the citizens who will be beneficiaries when the RTI Bill was passed were not aware of what was entailed in the current Bill.

Mr Ahonu said the sensitization was to mobilize the people for participation in the governance process and demand accountability and transparency.

A participant, Ms Doreen Gakpo, a nurse, said the inability to pass the RTI Bill over the years was the lack of the political will on the part of Parliament and governments to see the Bill passed into law.

She said the MPs have forgotten about the interest of the people they were representing.