Communication » NEWS » GII in the News. » GJA seems to be in bed with questionable businesses - Anti-Corruption Coalition 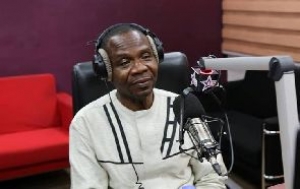 A coalition of anti-corruption civil society organizations has descended heavily on the GJA over a statement it issued cautioning investigative journalists not to give local businesses a bad name.

In a statement, the Ghana Integrity Initiative (GII), the Ghana Anti-Corruption Coalition, Ghana Centre for Democratic Development, Citizens Movement against Corruption, Africa Centre for International Law and Accountability described the controversial statement signed by the president of the GJA, Affail Monney, as “sinister.”

While the coalition does not have a problem with the GJA cautioning its members on how they have to conduct their investigations, the coalition believes the timing of the statement and its content could only be targeted at The Multimedia Group and its investigative journalist Manasseh Azure Awuni who has produced a series of investigative reports on the Jospong Group of companies.

Affail Monney in his statement cautioned the media to stop trying local businesses in the name of investigative journalism.

While he did not mention any names or media houses, he said such one sided journalism only tended to destroy local businesses in the country.

His statement has been condemned by individuals and recognizable institutions. First, it was Sulemana Braimah of the Media Foundation for West Africa who issued a statement asking the GJA not to undermine the efforts of investigative journalists.

Then the Dean of the School of Information and Communications Studies at the University of Ghana Prof Audrey Gadzekpo also registered her disappointment with the statement signed by Affail Monney.

Prof Gadzekpo said if the GJA cannot help journalists develop, it must not hurt them.

A day after her comments, the coalition of anti-corruption civil society groups has also waded into the controversy, chiding the GJA whose president has since remained silent on the matter.

The Coalition suspects the GJA may be in bed with some local business. "Based on these developments, it is our considered opinion that the GJA may knowingly or unknowingly be playing along with businesses which may be involved in allegations of wrongdoing and want to undermine the work of investigative journalists who are exposing alleged wrongdoing."

The full statement is as follows;

The statement, ostensibly cautioning the media against using its platforms to attack indigenous businesses doing their best to promote Ghana’s social and economic development, taken on a face value, is a genuine expression of concern over a matter within GJA’s mandate. However, current developments in the local media suggest a more sinister possibility.

The statement appears to be targeted at the Multimedia Group and Manasseh Azure for the ongoing investigations into questionable contracts the Ministry of Local Government and Rural Development (MLGRD) signed with subsidiaries of the Jospong Group. It is also apparent that there are contemporaneous efforts by some print and electronic media houses to undermine the ongoing scrutiny into these questionable contracts, an insidious effort for which the GJA statement, unfortunately, provided legitimacy and cover.

Based on these developments, it is our considered opinion that the GJA may knowingly or unknowingly be playing along with businesses which may be involved in allegations of wrongdoing and want to undermine the work of investigative journalists who are exposing alleged wrongdoing.

As the GJA is aware, the media has a responsibility to hold state and non-state actors accountable. This duty is not diminished when the state interfaces with non-state actors, especially the private sector in the award of public contracts. It is not out of place for the GJA to issue a statement aimed at enhancing the standards of media practice.

However, a statement of this nature, broadly castigating journalists for performing their function under Ghana’s 1992 Constitution, is highly invidious and capable of undermining the hard work of Investigative Journalists and media houses working tirelessly to uncover the several acts of grand corruption that has engulfed the country and threatening to delegitimize the state.